Rome's drinking fountains: why they are called Nasoni 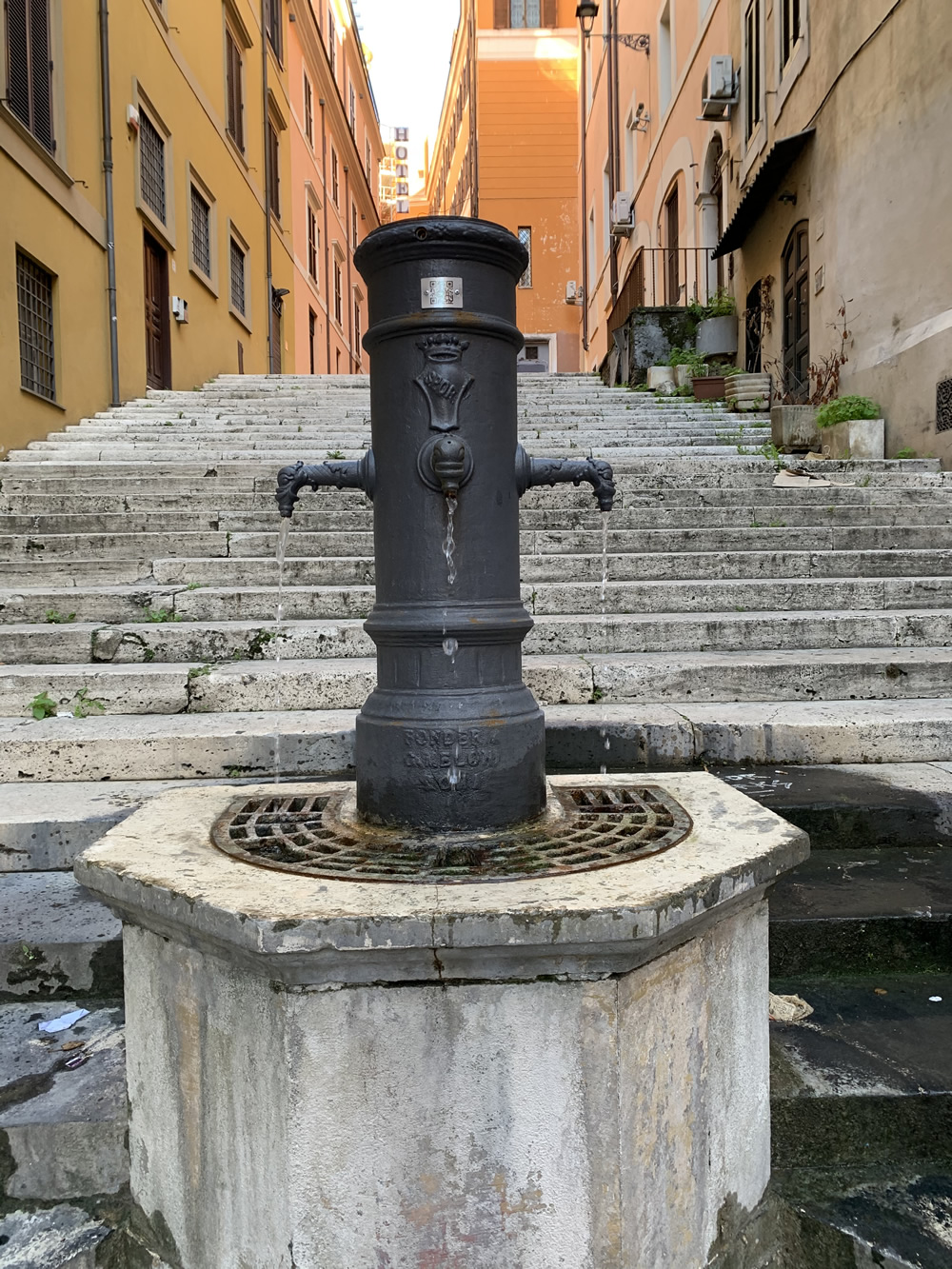 A true symbol of the city, Rome’s drinking fountains are famous all over the world and are affectionately known as nasoni, which literally means ‘big noses’. What led the Romans to christen them in such a way? When were they invented? How can you spot a nasone while out and about? Let's learn some history and fun facts about Rome’s nasoni, and find out why the capital's fountains are so popular.

How are Rome's nasoni made?

Rome's traditional street fountain, called the nasone (nasoni in the plural), is the most famous type of public drinking fountain in the capital. The nasoni fountains can be found all over the city, not just in the historic centre – in total there are almost 2500. Their characteristic cylindrical shape has made them recognisable all over the world. The nickname nasone come from the shape of the tap or spout, which resembles a large curved nose.

The history of Rome's nasoni

Rome's nasoni came into being towards the end of the nineteenth century in order to provide free drinking water to the centre and surrounding suburbs, but also to ease pressure from the water network. The first nasoni were installed in 1874 per initiative of Luigi Pianciani, who was Mayor at the time, and they had a different shape from the ones we see today. All nasoni feature a cylindrical body in cast iron or travertine, and are about 120 cm high. However, in the early models, the jet of water flowed from 3 dragon heads. Today, only three examples of the original nasoni remain:

If you are visiting Rome and wish to discover all the secrets behind these iconic Capitoline symbols, simply scan the QR code displayed on each one.

What is the function of the nasoni?

Over the years, Rome’s characteristic drinking fountains have undergone various modifications, to arrive at the form you see today. Today, as in the past, the nasoni not only quench passer-by’s thirst, they also represent a unique feature of Rome's street furniture, that guarantee a constant supply of fresh water and avoid stagnation in the sewer network thanks to their continuous flow. In short, they are a valuable part of our heritage.

Consult the map to find the nearest nasone near you!

The water that flows from Rome’s nasoni is among the best in Italy. According to the Romans, it is “la più bona del monno” – the best in the world. And it's free too. The nasoni provide an excellent incentive to avoid the use of single use plastic. Instead of buying PET bottles, just bring a reusable water bottle along with you and use the Waidy WOW App to find the nearest drinking water fountain to get a refill. So, are you out and about in Rome and wondering if there is a nasone nearby? With the Waidy WOW app it is just a tap away! A smart, convenient and free system.

The talking statues of Rome, including 2 fountains

The talking statues of Rome are one of the capital city's most iconic features. Learn about the talking fountains and find out what the pasquinate are.

The Tiber river: fun facts about the symbol of Rome

From the legend of Romulus and Remus to the old bridges crossing it, and including many film appearances: all the fun facts about the Tiber River, the symbol of the Capital.