Have you ever heard of the talking statues of Rome? Two of them also have fountains!

It is common knowledge that there are statues everywhere in the Eternal City. But are you familiar with the history of the talking statues of Rome? What are they and what function did these particular statues perform in the capital? Find out all about these monuments, still greatly loved by modern-day Romans and tourists alike.

The talking statues of Rome: a history spanning more than 5 centuries

In Rome, certain statues are referred to as "statue parlanti", or talking statues. Some of them continue to speak, even today!

Also referred to as the Congrega degli Arguti, there are in fact six talking statues, used by Roman citizens since the sixteenth century to post anonymous messages with a strongly satirical, humorous or provocative tone. These messages are known as pasquinate, or pasquinades.

Needless to say, the main objects of such protests and criticisms were the rulers of the capital.

Which are the talking statues of Rome?

Six of Rome's innumerable statues are traditionally recognised as "statue parlanti", and almost all of them are located in the historic centre. Two of them also feature fountains, which can be easily identified on the Waidy WOW map of water access points.

The most famous of Rome's talking statues is that of Pasquino, hence the term “pasquinate”. This representation of a male figure – perhaps a warrior – probably dates back to the third century BC, and has been located a stone's throw from Piazza Navona since 1501.

Representing an unequivocal expression of popular discontent, the messages would be hung around the statue’s neck during the night. In the seventeenth century, a very famous invective against Pope Urban VIII Barberini was delivered in this way. The message, in Latin, said: “What the barbarians did not do, the Barberinis did”. Indeed, it was at the behest of Urban VIII (whose family name was Barberini) that the Pantheon was stripped of its bronze roof trusses, which were melted down and recast in the form of the famous altar canopy of St. Peter's Basilica (made by Bernini) and cannons for Castel Sant'Angelo. Some sources even claim that the marble used in the construction of Palazzo Barberini was taken from the Colosseum!

The statue of Pasquino continues to play host to satires, poems, invectives and complaints from modern-day Romans, nowadays pasted onto an adjoining marble slab.

Madama Lucrezia, the only female among Rome’s talking statues

The only woman to feature among the six talking statues of Rome, Madama Lucrezia "lives" in Piazza San Marco, adjacent to Piazza Venezia. Madama Lucrezia's statue is in fact a gigantic bust, made of marble and dating back to Roman times. So called because it was destined as a gift for Lucrezia d'Alagno, lover of the king of Naples, this statue played host to a smaller number of pasquinades, mostly between 1600 and 1800. During the Roman Republic of 1799, Madama Lucrezia was toppled by the Roman people during the course of their revolt. The next day on her shoulders appeared the words “I can't watch anymore”.

Another of the famous six talking statues of Rome is Marforio, a large marble sculpture from the Roman era which probably depicts the god Neptune. From the sixteenth century onwards, it changed position several times, first standing in Piazza San Marco, and later being moved to the Piazza del Campidoglio. Today it is housed in the Capitoline Museums and no longer acts as a pin board for the famous pasquinades that led to it being known for centuries as "Pasquino’s shoulder": indeed, “conversations” took place between the two statues, who would answer each other with witty retorts.

The Babuino, fountain of the "babuinate" 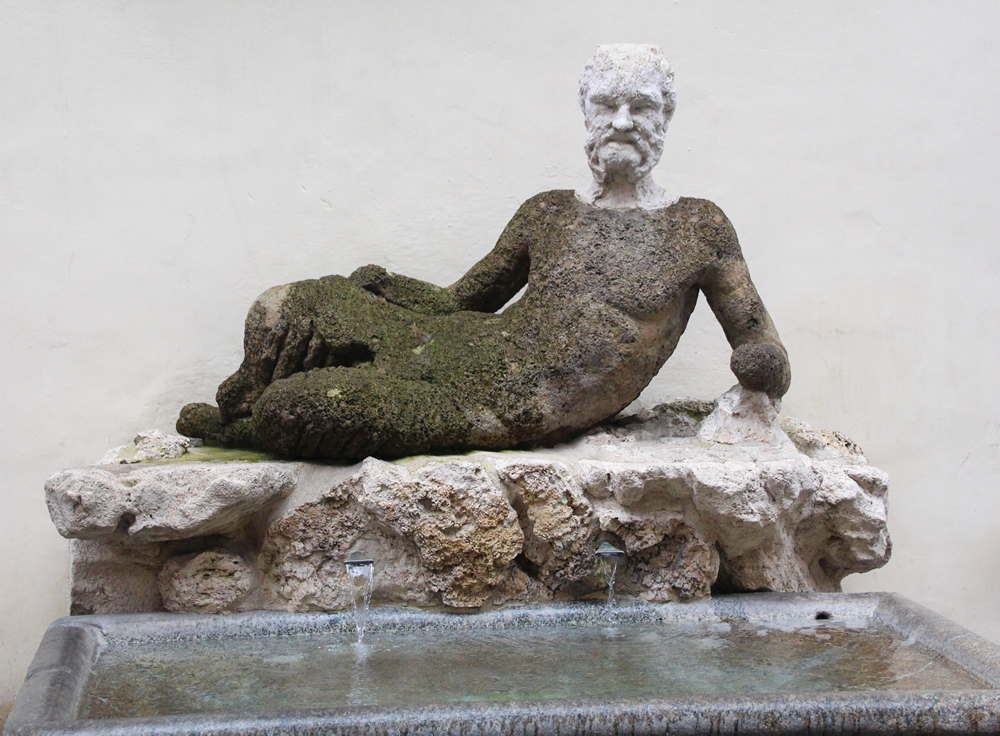 One of the two talking fountains in Rome is that of the baboon - or "del babuino". Reclining above the basin where the water is collected, the statue depicts a man with a beard. Despite being a Silenus (half man half goat), the Romans found the statue so ugly they nicknamed it "the baboon, and the name has stuck - indeed, the street upon which the statue is found is now called "Via del Babuino". The statue was so unusual that it too soon joined the Congrega degli Arguti, and the invectives posted on it consequently came to be known as "babuinate".

The Facchino Fountain, the most recent of Rome’s talking statues 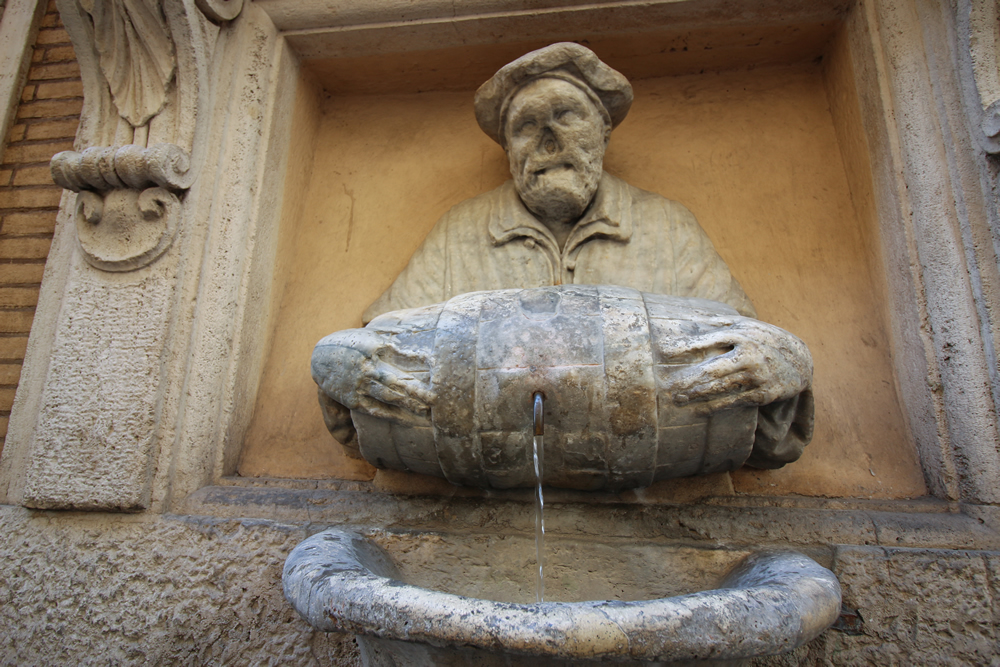 The most recent of the talking statues is also a fountain. It is a small marble statue dating back to the end of the sixteenth century, and nowadays is located in Via Lata, off Via del Corso. It depicts a man pouring water from a barrel. It is said that his face (which, some would have it, represents Martin Luther) is so greatly disfigured because for centuries children enjoyed throwing stones at him.

Next to the splendid Basilica of Sant'Andrea della Valle, between Piazza Navona and Largo Argentina, stands the last of the six talking statues of Rome. The "Abbate Luiggi", as the Romans refer to it, is a late Roman marble statue depicting a senior magistrate. On its plinth is inscribed the history of its pasquinades: “I was a citizen of Ancient Rome, now everybody calls me Abbot Luigi. Along with Marforio and Pasquino I conquered eternal fame in urban satires. I was subject to offences, misfortunes and burial, but here I find a new life and at last am safe”.

Drinking fountains: why they are called nasoni

Learn about the origins of the nasoni drinking fountains, along with some fun facts. Discover how these free water fountains become one of the symbols of Rome.

The Tiber river: fun facts about the symbol of Rome

From the legend of Romulus and Remus to the old bridges crossing it, and including many film appearances: all the fun facts about the Tiber River, the symbol of the Capital.